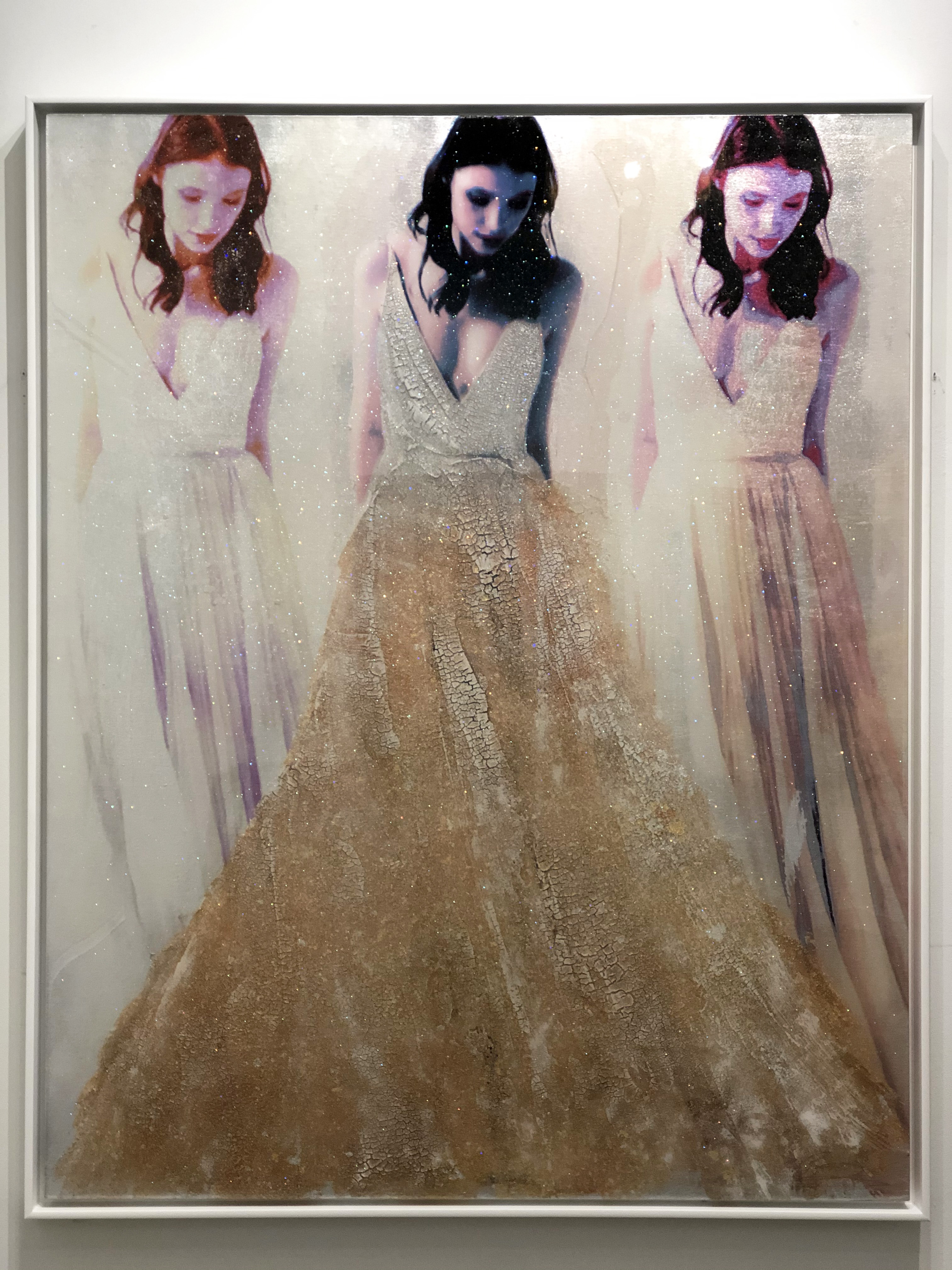 Painter or photographer? Pezhman balances the two, cohesively and beautifully.

With its iridescent affect and understated glamour, the work of Pezhman is striking, nonetheless. It's three-dimensional feel pairs perfectly with the single, or multiple, figures he includes. Appreciating his work means understanding and grasping the organic beauty it conveys.

Born in 1976 in Shiraz; the center of Iran’s cultural civilization, Pezhman didn't start his artistic journey until many years later. He and his family were forced to leave just three years later after the country became consumed by revolution. Once arriving in the United States, he felt this desire to capture everything he saw through photography. The stillness of nature, the hustle and bustle of the city, passerbyers, everything. But even more so, he was enticed by the history that surrounded whatever environment he found himself stationed in. Architecture became of large interest and photography was his way of exploring the story behind it all.

Attending the Photography and Cinema program at the Atlanta College of Art, instructors took notice of his keen eye for photography and design. His desire to climb the ladder and learn as much as possible paid off when he was hired at a local photography studio, where he received the opportunity to truly excel in his art by trying various photography styles and methods. Soon after, he began traveling throughout the United States and Europe, immersing himself in different cultures and capturing the moments he was experiencing.

“I believe there is a bit of magic in the medium of photography that is made up of light, chemistry, natural beauty

and the ability to capture a perfect moment on film.”


Pezhman stepped it up in his art career when he began to incorporate mixed media into his photography. Using methods such as emulsion transfer, he was able to keep the basic context of the chosen photograph while simultaneously making it into a new piece altogether. Incorporating materials like gold and silver leafing, glitter, paint and resin, his photography takes on an entire new aspect of artistry. It still holds to its photographic roots while offering other beautiful aspects to appreciate along with it.